An action movie wrapped in a TED talk.

David Finnigan's award-winning play is a 'gleefully anarchic' (TimeOut Sydney) look at the state of the climate 'debate.'

Now, the embattled Environment Minister has no choice but to pick up a gun and stand up for her ideals, pushing back against the threat which has engulfed her country - one terrorist at a time.

Kill Climate Deniers is a stage play by David Finnigan and an album of original music by Reuben Ingall. The playscript was awarded the 2017 Griffin Playwrights Award and nominated for Best New Play in the Sydney Theatre Awards. 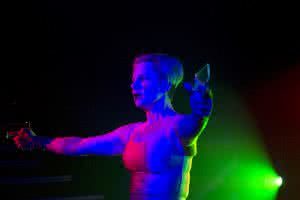 So, before the virus hit, there were due to be 6 new productions of Kill Climate Deniers in six cities around the world: 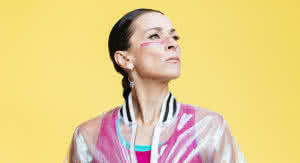 ‘Because revolution is better at night.’

David's stage play has now evolved into an ebook, a film script, a walking tour of Parliament House, a dance party, and an original album by producer Reuben Ingall.

Kill Climate Deniers has been produced by the following companies:

David Finnigan is an Australian writer and theatre artist. Working with research scientists in the UK, Australia and Sweden, he creates work exploring climate and systems science. David is a Churchill Fellow and an Australia Council Early Career Fellow.

Reuben Ingall makes hi-tech lo-fi music with an array of home-made software patches, algorithmically mangling his guitar, voice and other sources to create lush soundscapes and lonely drone. His other projects include the radio program Subsequence, mixing and mastering bands, and a mashup-DJ act. He has worked on music for installations, theatre, e-publications, film, and dance.

Dramaturgy and editing by Julian Hobba